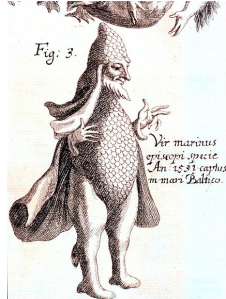 “They are monsters.  They are dangerous— and they are organized.”
– From,  Tom Monaghan’s “Invaluable” Cardinal Bevilacqua [LINK]

As a practicing Roman Catholic I have written articles about the “modernist” corruption inside the Catholic Church.  The series is titled “The Impostors“.  I have chosen to remain a Catholic and expose the corruption– because I do not believe in running away.  The Church is holy– THE MODERNISTS AND IMPOSTORS WITHIN, ARE NOT.   THE TIME HAS COME TO EXPOSE WHO THEY ARE AND RUN THEM OUT– MUCH LIKE WE HAVE TO EXPOSE AND RUN OUT OF WASHINGTON DC THE GLOBALIST IMPOSTORS ACTING AS LEGISLATORS, WHO ARE DESTROYING AMERICA FROM WITHIN.

Today’s news about another impostor, Father Benedict Groeschel, is not surprising.  In an interview with the National Catholic Register, Groeschel claimed (among several barbaric remarks) that in a lot of pedophilia cases, the youngster is the “seducer”.  After the scandal grew legs– the usual apology was issued.  What’s new?  Not only are these individuals incompetent as priests– but their duplicity is alarming.

Father Groeschel has been a member of the Ave Maria University Board of Trustees.  Groeschel has been paraded around Ave Maria (including inside the K-12 school).  You would think they were parading a saint.  But for those of us who know full well who these “impostors” are– Groeschel is NO SAINT– and CERTAINLY no voice for tradition or orthodoxy.

Now, watch the spin unfold before your very eyes– with the suggestion of senility, as a result of his morally bankrupt and offensive remarks.  Please don’t be fooled by the damage-control.  Groeschel is an extremely articulate psychologist– and may I add– astute, experienced, engaged and media-savvy.  The accident that is being used as an excuse for his remarks took place YEARS AGO– after which HE REMAINED  EXTREMELY ACTIVE IN MEDIA WORK.  They also claim he had a stroke– but that certainly has not kept him from articulating his analysis of pedophilia as an experienced psychologist.

You see, lately these impostors are repackaged as being  senile– and then suddenly, they die– as in the scandal involving Cardinal Bevilacqua in Philadelphia, who was managing millions (if not billions) of dollars for Benedict XVI’s  Papal Foundation, while those protecting him claimed he was senile.  A very convenient excuse indeed– after overwhelming accusations surfaced regarding Bevilacqua’s  involvement in covering up the sexual abuse of countless children.  When the District Attorney of Philadelphia turned up the heat– Bevilacqua turned up dead.

Then, there are the lay Catholics who look the other way, as they ride the coattails of the Church’s hierarchy in hopes of landing plum jobs.  Others network with Bishops and Cardinals in order to sell lectures, projects  and programs– with the arrogant excuse that “they are making a difference”– while ignoring compelling reports of sexual abuse of children by members of the clergy– as well as cover-ups.  The real “difference” that needs to be made is to denounce these monsters and impostors.  But you see, Catholicism has become a lucrative business– a buyer-beware minefield where many charlatans prey on well-intentioned Catholics.

Now, let’s take a look at Cardinal Timothy Dolan (New York)– who is paraded as the “new breed” of conservative Cardinals coming out of the Holy See.   YES… “THE” CARDINAL DOLAN WHO OFFERED THE CLOSING PRAYERS AT THE REPUBLICAN NATIONAL CONVENTION LAST NIGHT.

For those of you who think that Cardinal Dolan is a hero of conservatism– THINK AGAIN.  Watch the following video, where he ENTHUSIASTICALLY greets the Gay and Lesbian groups inside St. Francis Xavier Catholic Church in New York City– a long-running-openly-Gay Parish.  CLICK ON THE FOLLOWING LINK TO SEE THE ST. FRANCIS XAVIER PARISH WEBSITE: http://www.sfxavier.org/wordpress/parish-groups/gay-catholics/

OH YES… Cardinal Dolan is president of the United States Conference of Catholic Bishops (USCCB) and Cardinal-Archbishop of New York.   As in Washington DC, the current corruption inside the Catholic Church begins at the top– and flows down.