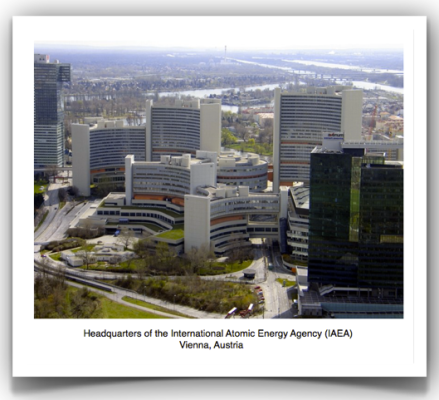 The IAEA (International Atomic Energy Agency) is based in Vienna, Austria. It identifies itself as an “independent” international organization “related to” the United Nations.  The IAEA states that its purpose is “to build, strengthen and maintain capacities in the safe, peaceful and secure use of nuclear technology in support of sustainable socioeconomic development.”

“Sustainable socioeconomic development” refers to Sustainable Development (Agenda 21)— a corrupt socialist international initiative of the United Nations, which siphons an obscene amount of money from taxpayers all over the world. This alone should be cause for concern, when it comes to the IAEA’s credibility.

As such, the IAEA will visit countries and issue reports that appear very official and credible– when in fact, the IAEA’s connection with and dependence on government funding, often shows that its operation is questionable. During the Fukushima nuclear plant disaster in Japan, the IAEA was the agency in charge of informing the world about radiation levels. The IAEA’s monitoring of the Fukushima disaster has been described as “sluggish” and “confusing”—at best.

The IAEA and Cuba

Someone has to say the truth… Please share it!