From Russia… with Love?

Russia refuses to renew the Nunn-Lugar Cooperative Threat Reduction Program– a U.S.-financed program set to expire next year, for the elimination of stockpiles of nuclear missiles and chemical weapons.

Is this the reason that Russia is asking for the extradition of arms dealer Viktor Bout?  Is there something he knows?

Viktor Bout was arrested in Thailand in 2008 when U.S. authorities revealed his involvement in international arms trafficking with individuals and organizations that intend to kill Americans.  Viktor Bout was sentenced last year to 25 years in prison, by a federal court in Manhattan.[1]

The case has created tensions between the U.S. Dept., of Justice and the Russian Ministry of Justice (aka, Mr. Putin’s lunchroom).

Is there a connection between this case and President Obama’s statement to former Russian president Dmitry Medvedev about having  “more flexibility” once he is reelected? 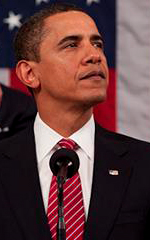 Here is the famous “hot mic” conversation between Obama and Medvedev:

OBAMA: On all these issues, but particularly missile defense, this, this can be solved, but it’s important for him to give me space.

OBAMA: This is my last election.  After my election, I have more flexibility.

MEDVEDEV: I understand.  I transmit this information to Vladimir.

It appears that the current Russian president, Vladimir Putin, is concerned about a possible Romney win— which would end Obama’s “flexibilities” for the Russians.

An interesting headline appeared on the Pravda.ru news website on Sep. 21:

“Russia to liberate the world from U.S. occupation” [2]

Nothing has changed– and so it goes… from Russia with love.

JOIN “The Perfect Conservative Storm”– NOW  on FACEBOOK and TWITTER!
and by subscribing to CourageforAmerica.com … because the battle continues– and you are in it with me!