The imposition of public policies protecting and promoting homosexuality continues to experience setbacks around the world.  Africa is the latest example. 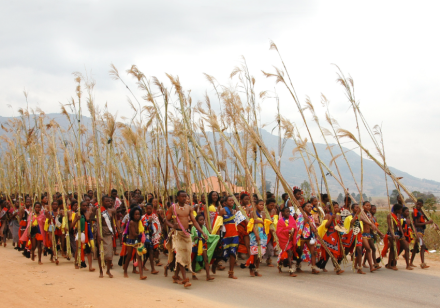 “There is something about the intimacy between a man and a woman in the traditional marriage that has deeper fundamental intuitive significance that defies measurement by an opinion poll. It sounds like a cliche, but it is the deeper intuitive biology of the man and the woman and their collective persona together in the best and worst of times in human history going back to before biblical times, that has kept human beings literally both reproducing and recreating strong social communities with that soulful ambience that I saw in my parents when I was growing up. “–Mwizenge S. Tembo , PhD. (Dr. Tembo is a native of Zambia and teaches at Bridgewater College, Virginia). See reference section at the end of this article.

The United Nations never ceases to show how duplicitous it is, particularly when it involves moral issues. Yet, American taxpayers continue to have money siphoned from their wallets by the U.S. government, in order to fund this deceitful institution, which acts as a safe harbor for so many thugs and criminals around the world.

The latest display of the UN’s rogue, aggressive and meddlesome policies, came in the form of the “United Nations Regional Conference on Population and Development Beyond 2014,” held in Addis Ababa, Ethiopia, from Sep.30 to Oct.4, under the alleged purpose of reaffirming the Universal Declaration on Human Rights. The real purpose was the establishment of public policies to promote and protect homosexuality and abortion– through teams of “experts” who travel throughout Africa with their pernicious agenda.

The African continent has been a prime target of the United Nations Sustainable Development (Agenda 21) operatives– who work to establish anti-life and anti-traditional family programs, under the pretext of human rights, environmental sustainability and economic development. Agenda 21 is undermining the sovereignty of African nations– with the objective of placing the African continent under regional governance; in other words, a centralized African government which will control all political and religious activities.  Agenda 21 is nothing but socialism for the 21st century.

The Addis Ababa conference almost came to a screeching halt, when 17 African delegates vehemently rejected a stealth clause aimed to protect homosexuality as a public policy in Africa, under the Universal Declaration of Human Rights.

The United Nations is hiding the truth from the general public

When you read the conference report issued by the United Nations Economic Commission for Africa, dated October 5, 2013,  you will note that it is very vague in its description of the African delegates’ rejection of the stealth homosexuality clause.

Homosexuality is never mentioned in the United Nations report.

In fact, a  search conducted on October 17, of the United Nations Economic Commission for Africa website (UNECA.ORG) did not return any instances of the words  “homosexual,” “homosexuality,”  “gay,”  “LGBTQ,”  or “LGBTI” in their documentation and announcements.  This is the stealth and unscrupulous way in which the United Nations and its homosexual affiliates operate in Africa– in order to undermine African culture and traditions.

The hypocritical UN Economic Commission for Africa report describes the African delegates’ rejection  as “normal in such kind of negotiations” and  “with controversy emerging on the phrase, ‘without distinction of any kind’ because of its elastic interpretation to meanings that might be unacceptable in Africa for various reasons. ”

The Zambia Daily Mail offers more details as to what really happened (excerpt):

“It must be put on record that Chad is not party to this declaration. It is a subtle way of introducing something which may catch some countries unawares,” a Chadian delegate said.

Another delegate from Congo-Brazzaville argued against adopting the declaration with the controversial clause, holding that in future, some countries may be asked to adopt their laws to ‘the spirit of this declaration.’

Other delegates argued that there were undertones in the clause which could be promoting homosexual rights. “This clause is elastic. Basically what we are talking about is homosexuality and lesbianism,” argued a delegate from Eritrea.”

Why does the United Nations resort to deceitful maneuvers in order to insert these stealth homosexual clauses in public policy documents, that affect so many African nations?

Homosexuality is considered an abomination in African culture

Dorothy Kweyu is an editor at the Daily Nation in Kenya.  She held nothing back during Barack Obama’s visit this past summer.  Her editorial titled “Let Obama take his Gay agenda elsewhere”   is calling loudly for your attention:

“The US Government’s massive funding of gays and lesbians is an affront to African culture, which, notwithstanding the nihilistic modernistic tendencies that are tearing it apart, is essentially pro-life and pro-family.“— From an editorial by Dorothy Kweyu, Daily Nation, Kenya.

The continent of Africa has seen its share of communist infiltration and civil wars.  The African people do not need more governmental rules that restrict peaceful religious and cultural beliefs.  In addition, nothing could be worse for the private economic sector of these poor African nations, than unfair and unnecessary laws regarding “social issues ” — which are considered immoral in their culture.

It’s enough that African nations have been infiltrated by an army of international depopulation activists, who are promoting eugenics through the abortion of African babies– instead of promoting stable national economies that protect African children and respect their human rights under God’s Natural Law– which binds all men, for all times and in all circumstances.

If Africans want to know what it is like to live under pro-homosexual public policies, all they need to do is to look at the United States.

On the economic front, in the United States alone we have seen a growing list of  businesses that have been threatened legally– and even violently– for refusing to provide services, such as photography, preparation of wedding cakes and flower arrangements, for homosexual “weddings”. (See reference section).

Small businesses do not have the money and lawyers to fight back against this bullying– and the pro-homosexual mainstream media is only interested in silencing their voices– or making them appear as odd renegades in this “tolerant” society of ours. However, the determination of these small businesses, in spite of limited resources, has been a great inspiration to those who stand by their moral principles.

And of course, the American taxpayer continues to carry the burden of the U.S. government’s ongoing colossal funding of pro-homosexual policies– aimed at dominating just about every aspect of our lives, from education to private business practices.  Here are two examples of how American taxpayers are funding  homosexual public policies through government “studies”:

Is this the nightmare that awaits the long-suffering people of Africa, morally and economically?

Who will defend the human rights of those who peacefully reject homosexuality, based on their religious and cultural beliefs?

The African officials’ rejection of homosexuality, together with millions of people around the world, should serve as an admonition that there is a powerful and vibrant international movement that will not tolerate stealth, intrusive and intimidating practices by the homosexual collective. 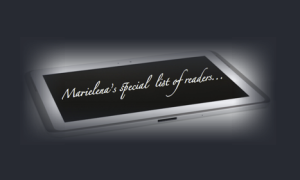 THESE ARE JUST A FEW EXAMPLES OF BUSINESSES ACROSS AMERICA THAT HAVE BEEN THREATENED, BOYCOTTED AND/OR SUED FOR NOT PROVIDING SERVICES FOR HOMOSEXUAL “WEDDINGS”: